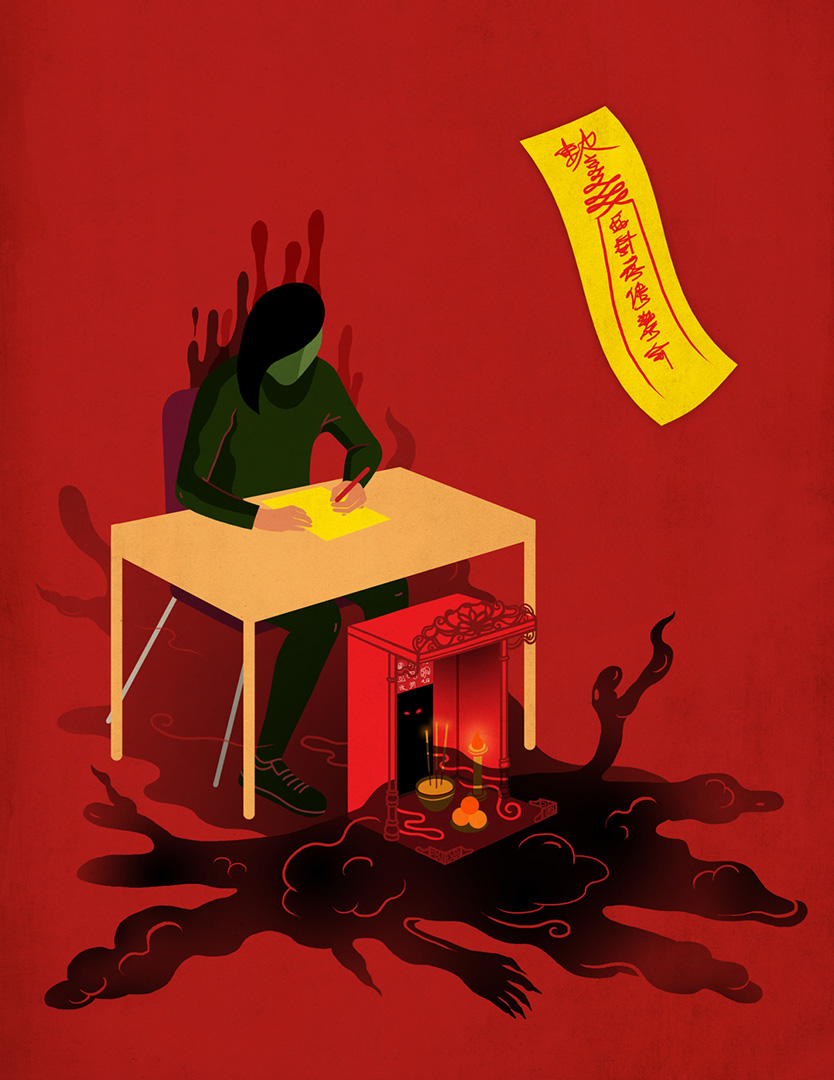 I have had really vivid dreams since I was young. Sometimes they're really crazy (in terms of plot or emotion, like fear) that I have to write it down and replay them over in my head. These illustrations are based on those dreams.

The Giant Spider in the Bathroom: I've had this dream more than once, featuring different bathrooms. But the fear is the same. It was terrifying walking into the bathroom and seeing a giant spider hanging from the ceiling. I could not do anything but scream and run away.

Dark Energy: I was in a class, learning how to kill jiangshi (Chinese vampire). There was an altar at the foot of every desk to measure and channel each student's 'spiritual energy'. The teacher had come by and sensed dark energy emanating from my altar. Apparently a very powerful jiangshi was living in there. It used the collective energy of the class to summon a portal, to bring himself to the 'real world'. The jiangshi ended up teaching me how to fight though.